-Advertisement-
Home Microsoft Scams What’s in a (Ransomware Gang) Name? (A Gang by Any Other Name... 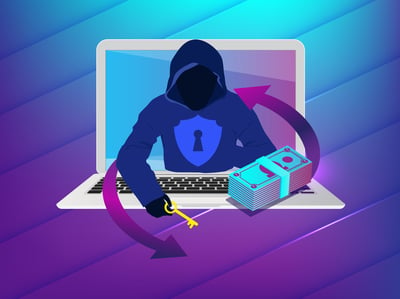 The shutting down or even retirement of one ransomware gang seems to result in another popping up. Are these new gangs or just reincarnations of the old one with a new face?

Recently, we saw Darkside ransomware get shutdown in May and new player BlackMatter appear to be using the same algorithms. Leading industry analysts believe it’s the same group, but there are more ties to Darkside than just BlackMatter. If you follow the path back far enough – pointed out by Brian Krebs – it’s entirely possible that Cerber in 2016 became Gandcrab in 2018, who became Sodinokibi in 2019, who then became REvil in 2020, who morphed into Darkside, and finally BlackMatter.

So, what’s the point of all this cloak and dagger name changing, anyway?

In some cases as I pointed out in the previously linked article on Darkside, sometimes it’s about separating the operation from a previous focus (critical U.S. infrastructure in Darkside/REvil’s case) in order to be hopefully “left alone” by the U.S. Government. In other cases, it’s just like any other merger/acquisition, where a new entity is formed. We saw that with a number of ransomware gangs sharing code, techniques, and infrastructure.

It also could be a means by which to launch a completely new set of ransomware code with sunsetting the old code. Case in point, the only thing tying BlackMatter to Darkside/REvil currently is some matching algorithms – it’s possible that an improved evolution of code now exists and an old algorithm still provided the necessary value.

One thing is certain, regardless of what the circumstances are behind a name change you can be certain it’s intended on helping the ransomware gang refocus and be more successful at taking your organization’s money.

Job scams are on the rise. Watch out for these red flags

Crypto Security: Protect Your Coins and NFTs From Being Stolen

Tips To Avoid Falling Prey To Internet Scams And Frauds

China Evergrande just averts default but this is about to collapse

US has to take a stand against China now: Rep. Waltz

How to Avoid Getting Scammed as an Artist

It's EASY to spend too much on PC parts… Here's where to save money!

Top hacker shows us how it's done | Pablos Holman | TEDxMidwest

Strive for 5-Stars: How to Get Great Customer Reviews Online