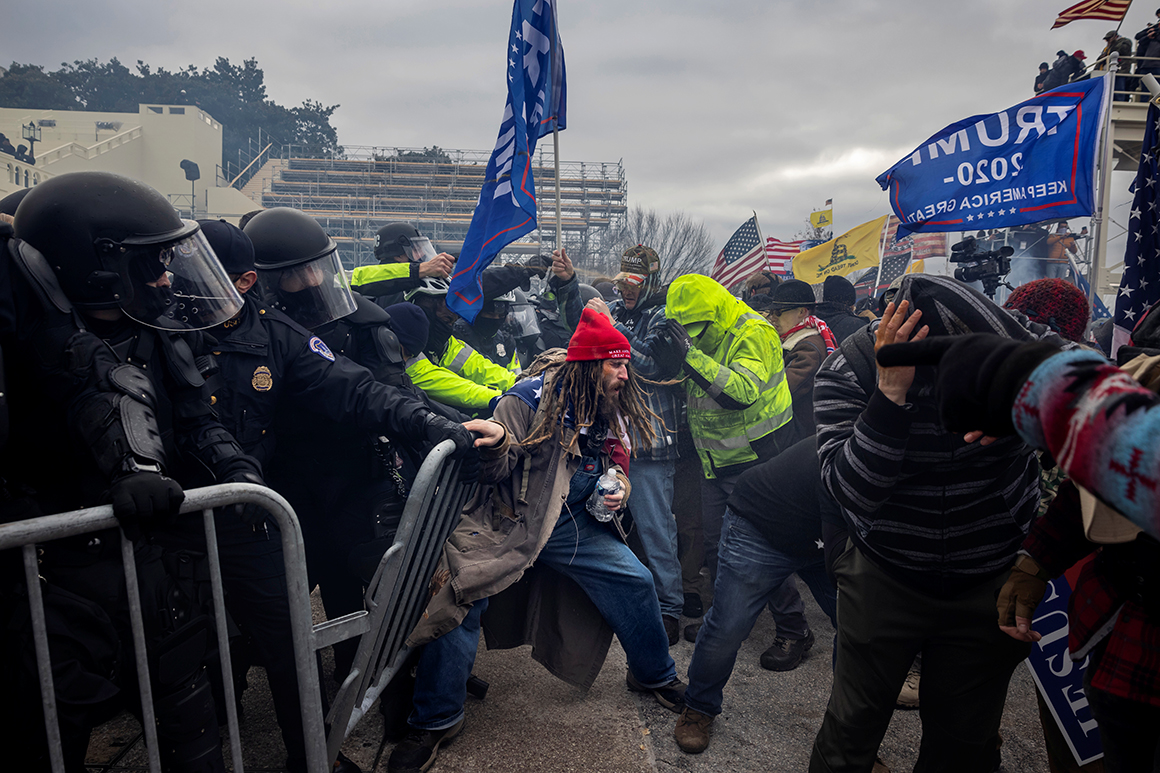 The names of senders and recipients are redacted in the emails CREW obtained, as is often the case with documents obtained through FOIA. The only sender listed on the email sent to Capitol Police is “PIOC-ONDUTY.” PIOC appears to stand for Protective Intelligence Operations Center, a component mentioned in a 2017 USSS report. The email was sent to a redacted recipient with an “@uscp.gov” email address.

The email then gave specifics about the travelers’ motives.

“The subjects claimed that they are in the area to protest election fraud, support President Trump, and acknowledged the possibility of violence if approached by counter-protesters,” the email said.

“We have an opportunity in Front of us to take back our country and abolish the deep state once and for all,” the post says. “Call me some right wing conspiracy theorist if you will I don’t give a [f—] I read the Facts and I study history.”

The ultimate threat to officers was exponentially larger than this single Secret Service email indicated.

The Capitol Police officers who assembled at the Capitol on Jan. 6 were woefully unprepared for the mob that overwhelmed them and swarmed into the building. In the chaos, dozens of officers were bludgeoned, stabbed or injured by rioters. One Capitol Police officer died in the days after the attack, and another died by suicide in the days after. Three members of the Metropolitan Police Department who responded on Jan. 6 have died by suicide.

“That day continues to be a constant trauma for us literally every day, whether because of physical or emotional injuries or both,” Capitol Police Officer Aquilino Gonell told lawmakers in a late July hearing where officers described the violence they experienced on Jan. 6.

Found his # on the Scammers Computer

The Truth About the Harshad Mehta Scam: Minute Finance

🔴Calling Scammers Live & an update to what has been happening.