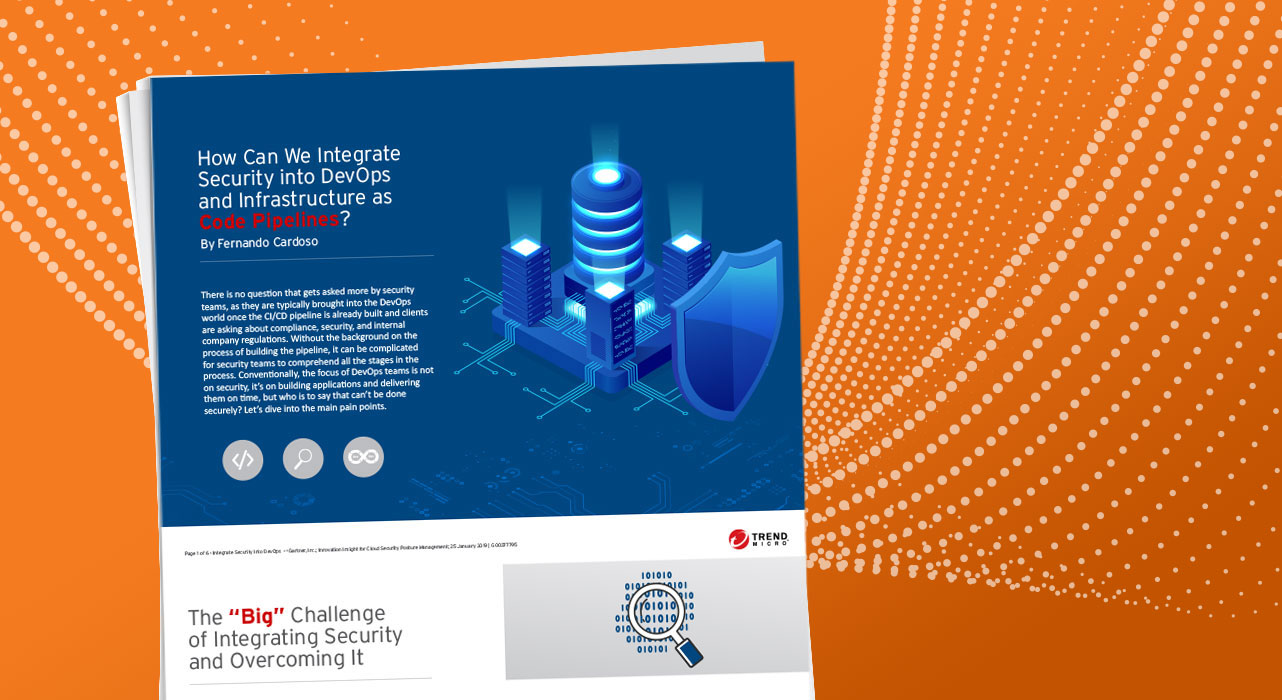 There is no question that gets asked more by security teams, as they are typically brought into the DevOps world once the CI/CD pipeline is already built and clients are asking about compliance, security, and internal company regulations. Without the background on the process of building the pipeline, it can be complicated for security teams to comprehend all the stages in the process. Conventionally, the focus of DevOps teams is not on security, it’s on building applications and delivering them on time, but who is to say that can’t be done securely? Let’s dive into the main pain points.

Download the e-book version: How Can We Integrate Security into DevOps and Infrastructure as Code Pipelines?

The “Big” Challenge of Integrating Security and Overcoming It

Generally speaking, if you mention words like Ruby, Go, Node.JS, Java, or Python, security teams aren’t necessarily going to be able to join into the conversation—to no fault of their own. When DevOps was just becoming popular, security teams weren’t deemed responsible for the verification of the development pipeline. Back then, and even now, the security code within the pipeline depended on the knowledge of the developers and best practices they relied on for their development process. Now, with the more recent introduction of DevSecOps, a new set of tools have been introduced to automate security and incident response. This provides more of an incentive for security to learn the language of DevOps and work together.

It won’t be long until security teams start adapting and accepting this new reality. Working together starts with an understanding of one another’s processes. If security teams understand the pipeline process, they can start planning security in the very early stages of any new application. Applying security directly into the integrated development environment and CI/CD pipeline will lead to faster detection and response of new security flaws that may be introduced and give developers real-time feedback to fix it.

To embrace a DevSecOps culture, a company needs to look at cross training their teams, for instance, teaching developers about security and educating security professionals on development processes and how to build new applications on demanding timelines. When we better understand one another, we can learn to speak each other’s language and work better as a team without so much friction. Now, the mention of programming languages won’t make security teams look at you with confusion and they may even understand how APIs can automate mundane tasks. Wouldn’t that be nice?

Imagine if your security team had the knowledge to write and understand an automation script in Python, Node.JS, or any other scripting language that would allow them to manipulate APIs to automate the regular day-to-day work. Many organizations are automating security processes and technologies for more effective and efficient security. This would include the use of APIs across build pipelines and runtime platforms and environments, but security needs to understand how it all works. If your company is not well adapted to the new world, you may start to face some very complicated challenges.

Nine Security Recommendations to Begin Implementing into Your CI/CD Pipeline

The methods below could be applied to monolithic applications or microservices applications using technologies like container, serverless, or cloud-native solutions.

These are just a few of the many security layers you can integrate into your DevOps pipeline. With a strategic approach, you can slowly begin to implement the proper security layers to gain assurance that your pipeline is secure, while continuing to move quickly.

Below is an architecture that shows how to layer in security at different steps in the DevOps pipeline:

ANTUSDT EXIT SCAM UPDATE: How to withdraw your money from Antusdt

Should I use Gmail, Yahoo or AOL email for Job Search in 2022?

Roe V. Wade Leak Aftermath Exposes the Hypocrisy of the US...