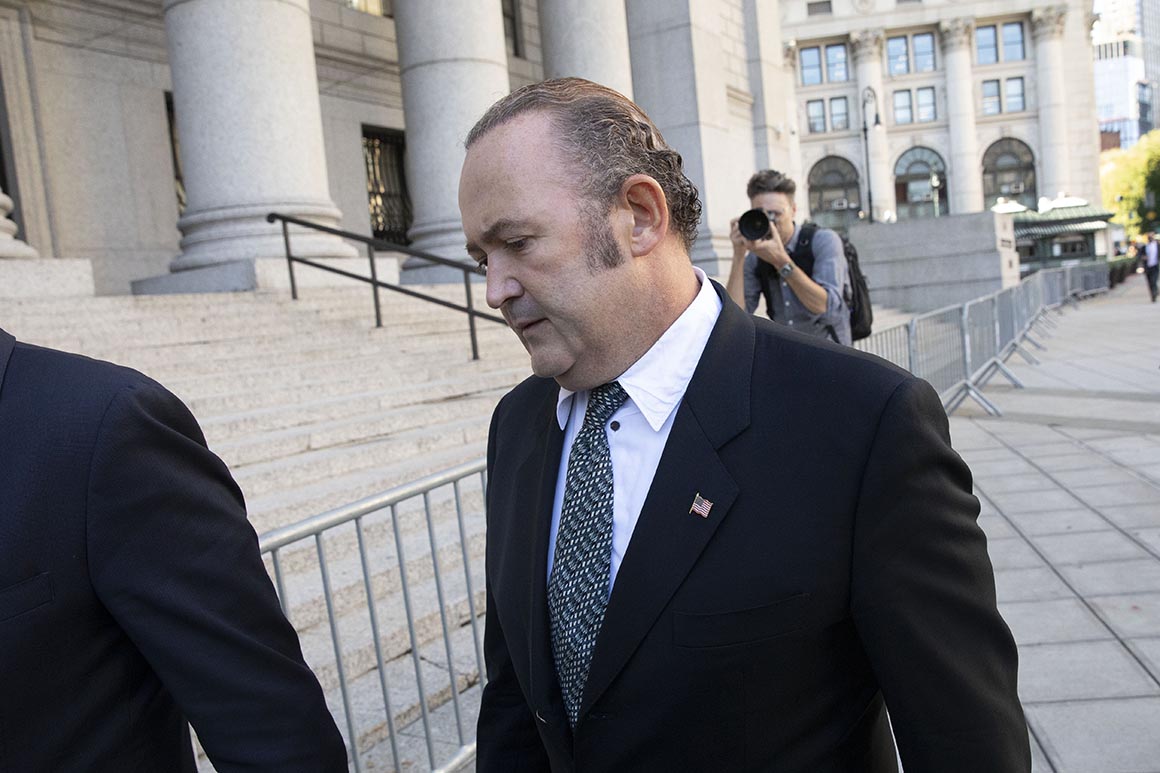 It’s unclear whether the guilty plea means Fruman will become a prosecution witness against Giuliani in some yet-to-be-filed case.

Another Giuliani associate, Lev Parnas, is scheduled to face a jury trial next month with a co-defendant in the case, Andrey Kukushkin, on charges related to alleged schemes to make donations to U.S. political campaigns both from foreigners and using so-called “straw donors” who hid the identity of the sources of the cash.

The initial indictment in the case also linked the defendants to an effort to oust the U.S. Ambassador to Ukraine, Marie Yovanovitch — a drive that Giuliani was deeply involved in and which led to then-President Donald Trump’s first impeachment. However, prosecutors quietly deleted that language in subsequent indictments without explanation.

One of the charges in the case accuses Parnas of fraud in connection with seeking investments in a company he and Fruman founded, called “Fraud Guarantee.” Giuliani took a $500,000 consulting fee for work to boost the firm in 2018, but contends he was unaware of any fraudulent solicitations.

However, Oetken ruled that the “Fraud Guarantee” charge should be tried separately after a trial on the illegal-donations charges, making it unlikely that Giuliani will be discussed much, if at all, in the trial set to open Oct. 12.

In a brief statement he read aloud at Friday’s hearing, Fruman admitted to using foreign money to make U.S. political donations to get a planned cannabis business off the ground in various states. “Part of the business plan included donations to government officials in those states,” Fruman told Oetken.

Fruman said a partner in the business drafted a list of potential donations and Fruman sent it to the man he hoped would bankroll the effort. “I sent this list to the foreign national as part of an effort to get him to invest,” Fruman said.

Fruman did not name the potential investors, but various press reports have identified him as Andrey Muraviev, a wealthy Russian and former cement industry executive who has sought to back numerous legal marijuana ventures in the U.S.

To be convicted under the foreign-donation statute, a defendant must be aware that his or her conduct was against the law. Fruman said he was, at least in general terms.

“I had little experience, [but I] generally understood foreign nationals and individuals who are not American citizens are not allowed to make political donations in the United States,” Fruman said. “I deeply regret my actions and apologize to the court.”

Oetken set sentencing for Fruman for Jan. 21 to allow time to take account of any developments at the trial set for next month.

Fruman faces a maximum sentence of five years in prison on the charge he pleaded to Friday.

ONLY 1/100 SCAMMERS DO THIS!!🤫 In Fortnite Save The World

How To Avoid Phishing Scams

When it’s too good to be true, it’s possibly not true – Fraud Alert

Karnataka Congress is unearthing scams, checking BJP. The problem? Its own leaders

Warning over Amazon ‘brushing’ scam that has targeted 1million people

INTERNATIONAL SCAMMERS GET SCAMMED / One Of My Favorite Calls / Feb 4, 2022

Here's how hackers can get around 2-factor authentication

ONLY 1/100 SCAMMERS DO THIS!!🤫 In Fortnite Save The World