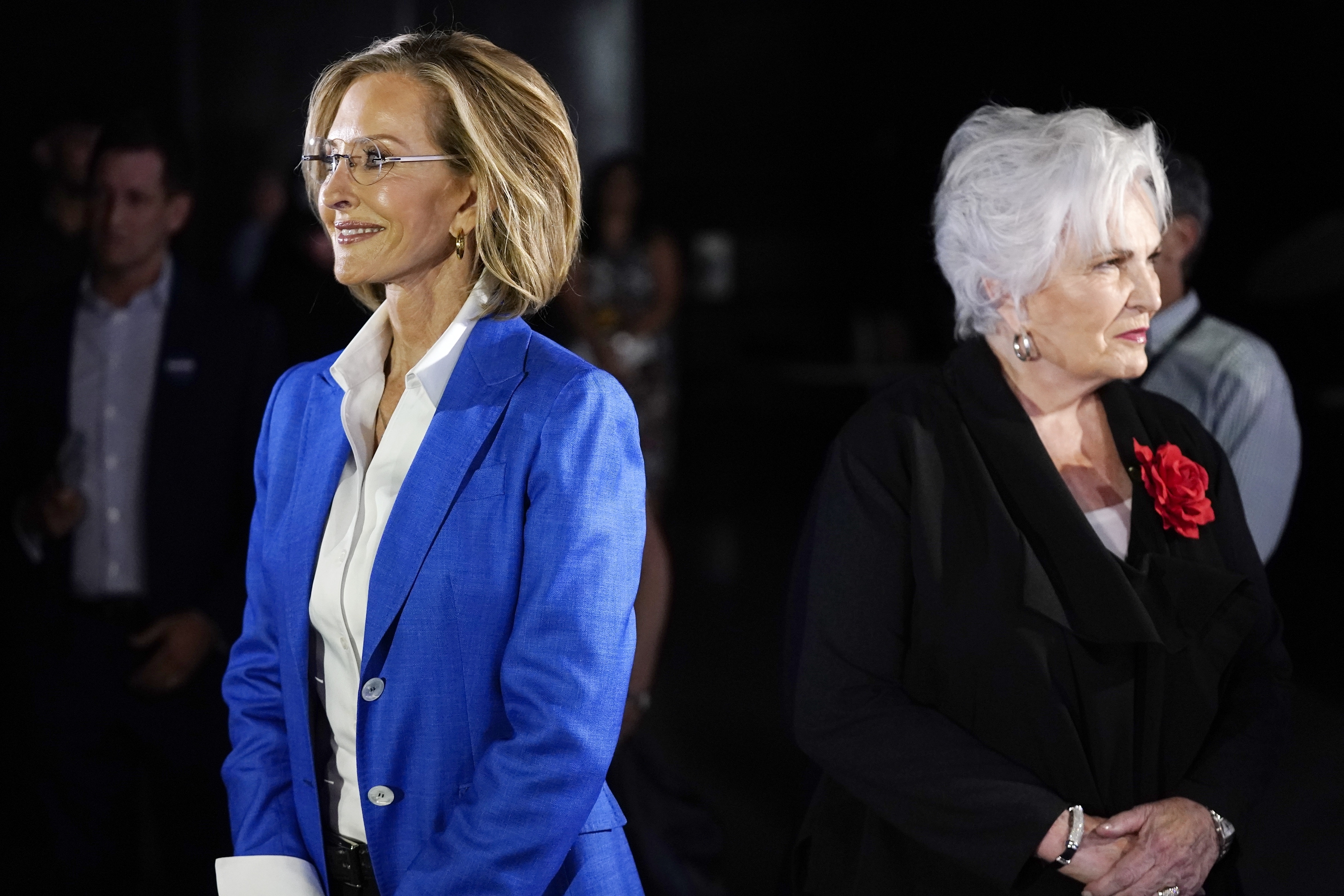 In Arizona, Pence is joining term-limited Republican Gov. Doug Ducey in endorsing Robson. Ducey, like Kemp, also refused to go along with Trump’s push to overturn the election results, in another state that was narrowly won by President Joe Biden. While the Trump-backed Lake has centered her campaign around the unfounded claim that the election was stolen, Robson has refused to say so.

In a statement, Pence called Robson, a real estate developer and former member of the state’s board of regents, “the best choice for Arizona’s future,” and he said he was “proud to support her” ahead of the Aug. 2 primary.

Pence, who is considering a bid for president in 2024, has been stepping up his criticism of Trump. During a March appearance before a Republican National Committee-hosted donor retreat in New Orleans, Pence made a veiled jab at Trump over his relationship with Russian President Vladimir Putin, and Pence also spoke out against his relitigation of the last election, declaring that “elections are about the future.”

The former vice president has refused to rule out the prospect of running against Trump in the 2024 GOP primary.

Pence and Ducey maintain a close relationship, and the two have been in touch about the primary, according to a person familiar with the discussions. Ducey is also going up against Trump in the secretary of state primary, where the governor is backing advertising executive Beau Lane and the former president has endorsed state Rep. Mark Finchem, who has claimed without evidence that votes meant for Trump were reallocated to Biden.

Trump’s Arizona rally was originally scheduled for July 16, though it was moved to July 22 following the death of his former wife, Ivana Trump, last week.

Republicans following the governor’s race say it is competitive: An OH Predictive Insights survey conducted just before Ducey endorsed Robson showed Lake with a narrow lead. But Lake has faced accusations of hypocrisy in recent days, following allegations that she used to attend drag queen events, even though she has criticized drag queens during her campaign.

The controversy has made its way onto the TV airwaves via a super PAC ad attacking Lake. And Lake has responded to the situation by sending a cease and desist letter to the accuser, Arizona drag queen Richard Stevens, in which she calls his statements “defamatory.”

Marc Short, a senior Pence adviser, pointed to the controversy in a text message on Sunday, saying that Lake is “perpetrating a fraud on Arizona Republican primary voters who ultimately will not be distracted by a parade of clowns at the circus.”

Opinion | Why Is the FBI Choosing Biden’s Opponent for Him?

regal coin not a scam proof facts and more Earn Profit Up to 45%...

AIRLINE TRYING TO SCAM ME – STAY AWAY!

When Scammers Find Out It's Not Your PC (they freak out)