Over the last year we have been busy planning the expansion of our free open source silicon design and manufacturing program to further grow the community of developers and companies building custom silicon, and build a thriving ecosystem around open source hardware.

Today, we’re excited to announce an expansion of this program and our partnership with GlobalFoundries. Together, we’re releasing the Process Design Kit (PDK) for the GlobalFoundries 180MCU technology platform under the Apache 2.0 license, along with a no-cost silicon realization program to manufacture open source designs on the Efabless platform. This open source PDK is the first result of our ongoing partnership with GF. Based on the scale and breadth of GF’s technology and manufacturing expertise, we expect to do more together to further access and innovation in semiconductor development and manufacturing.

Google started this program with SkyWater Technologies, by releasing one of their PDKs under the Apache 2.0 license. We sponsored six shuttle runs over the course of two years, allowing the open source community to submit more than 350 unique designs of which around 240 were manufactured at no-cost. 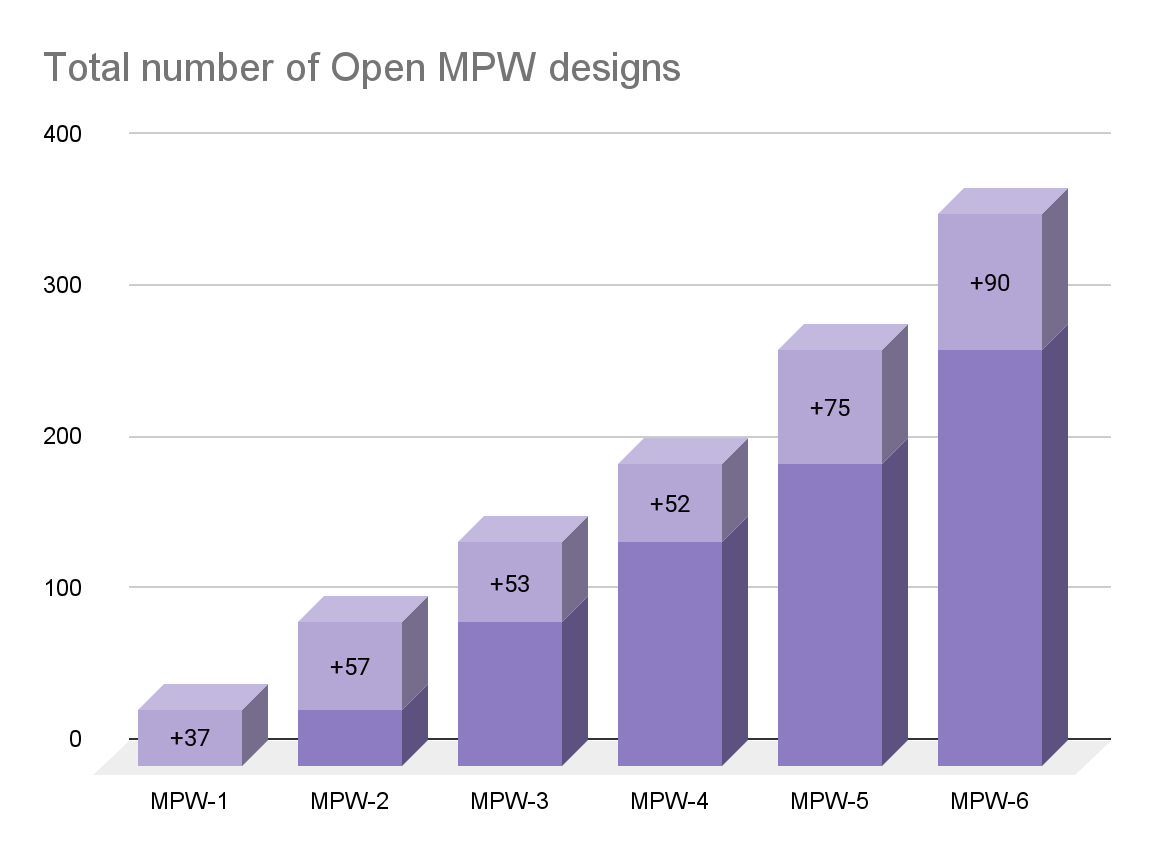 We cannot understate the milestone that this new partnership represents in the foundry ecosystem market.

Over the past few years, the world has experienced an unprecedented acceleration of adoption of digital capabilities—driven by the pandemic, and technology megatrends that have shifted every aspect of human life. According to GlobalFoundries, this has led to roughly 73% of foundry revenue being associated with high growth markets such as mobile, IoT, and automotive. This transition has not only given rise to a “New Golden Age” of semiconductors but also a tectonic shift in how we define and deliver innovation as an industry.

Specifically, applications using 180nm are at a global capacity of 16+ million wafers a year and bound to grow to 22+ million wafers in 2026, according to GlobalFoundries.

The collaboration between GlobalFoundries and Google will help drive innovation for the application and silicon engineers designing in these high growth areas, and is an unambiguous affirmation of the viability of the open source model for the foundry ecosystem.

Open sourcing more PDKs is a critical step in the development of the open source silicon ecosystem:

We cannot build this on our own, we need you: software developers and hardware engineers, researchers and undergrad students, hobbyists and industry veterans, new startups and industry players alike, to bring your fresh ideas and your proven experiences to help us grow the open source silicon ecosystem.

We encourage you to:

Google Stadia never mattered, and it never had a chance

PayPal Phishing Scams are Getting Worse