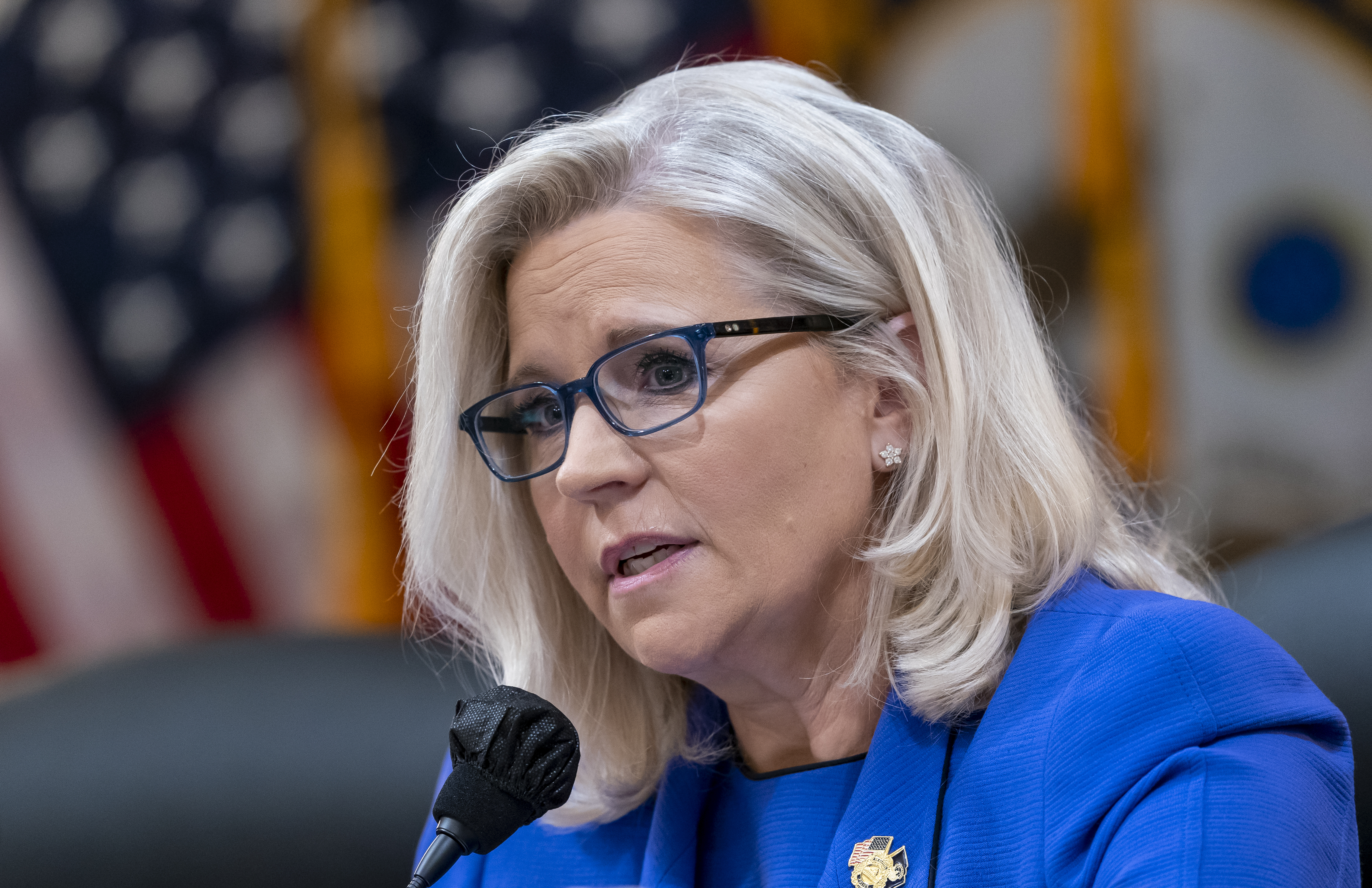 Let’s help Cheney out. While she’s hoping for a miracle, she’s dropped enough clues lately about her state of mind that it is not hard to compose a suitable concession speech on her behalf. Here are unsolicited excerpts of draft remarks for Cheney — no charge, on the house if she wants to use them — along with the increasingly easy-to-read thought bubbles that will be floating above whatever words she delivers on Tuesday.

“First of all, to all my friends in Wyoming and around the country, let me assure you I made peace with this moment long ago. This is not the result we wanted, but it is a victory — for everyone who believes that standing up for what’s right, for the Constitution, for the future of our democracy is more important than clinging to power or holding some fancy title. This fight is not over — it may take many years. For anyone wondering about my own future, let me say this: I will do everything in my power to make sure Donald Trump is never again near the Oval Office.”

I still can’t believe that people in Wyoming — tough, stoical no-BS people — would turn their back on a Cheney in favor of such an obvious fraud. So, no, I’m not exactly at peace. But, yes, I saw this coming 17 months ago and once I started down the path of confronting Trump there was no turning back. Why do you think I left so much of the money gushing to me from Dems and Never Trumpers unspent in this primary — it’s the war chest that will keep me relevant on the national stage. No, I won’t ever be Speaker of the House. But no need to be too coy about it: I do plan to run for president. I’ve already dropped plenty of breadcrumbs, like that ABC interview last month when I hardly denied my interest, and I’ll soon be dropping more. Does that mean a “kamikaze run” against Trump in 2024? Or a declaration that the Republican Party for now is beyond saving, and therefore I’m leading a third-party movement? Standby — still working on my options.

“I think of others who lost elections. Ronald Reagan lost his fight for the presidential nomination in 1976 and came back four years later to become one of our greatest presidents. We’ve learned lately that it’s possible to keep your job and lose your dignity as a man. I’d rather keep my self-respect as a woman.”

Let’s hope the media properly interprets that manhood jab. As much as Trump appalls me, I know he’s probably a clinical psycho. That spineless wimp Kevin McCarthy, on the other hand, knows exactly what he’s doing, when he told me after January 6, he was going to stand up to Trump and then wet his pants and forced me out of leadership… Do those references to the Reagan-Ford matchup in ’76 seem a little dated? Not in my family!… Meanwhile, I gotta say I’ve enjoyed doing this whole feminist warrior thing a lot more than I ever expected. I always wanted to barf when Hillary Clinton did her whole “let me say this to those girls and young women watching out there” thing.

“Let me say this to those girls and young women watching out there tonight. My hero, Margaret Thatcher, had a saying: ‘Let it never be said that the dedication of those who love freedom is less than the determination of those who would destroy it.’”

If I’m going to do identity politics I might as well mix it with a dash conservatism, and conservatives love their British history. Dad and his neo-con friends were always channeling Churchill after 9-11. My best hope for political revival is to cast myself as an American “Iron Lady.”

“Let me be the first to admit: I’ve sometimes been a fierce partisan in my day, sometimes to excess. But telling the truth and respecting the rule of law are not Republican or Democratic issues. We have to rebuild the American center and get back to solving real problems.”

I won’t deny it: I have been buzzing on all the positive elite media attention — the New Yorker, no less — that naturally flows to people who reject partisanship and tribalism. Mom and Dad are probably right and that crowd will turn on me as soon as the moment passes and they remember my position on abortion rights. But something big is going on and it may be that both parties are vulnerable. Ross Perot was crazier than the March Hare and he got nearly 20 percent — and these times are a lot more unsettled than 1992.

“Let me say this to my friends in Wyoming and elsewhere. I understand that there are good people who are angry — often with good reason — and like what they hear from Donald Trump. They think he sounds strong. Unfortunately, beneath the veneer he is nothing but a weak coward.”

Whether my future is staying as a Republican or venturing out as an Independent, you can be sure I won’t make the error of Hillary Clinton and so many Democrats to this day. You have to distinguish Trump from Trump supporters. His whole movement is about harnessing contempt, and giving his backers the thrill of spitting back at politicians and journalists who think Trump supporters are “deplorables.”

“Let me close with thanks and love to some very special people. I thank my sister Mary Cheney and her spouse, Heather Poe, and their wonderful children. And, of course, to my parents, Lynne Cheney and the great vice president I call Dad.”

If nothing else, I have accomplished a nice rehab job on the Cheney family image. My conflicts with Mary over gay marriage were not my finest hour, and my own lesson in the hazards of putting short-term politics over long-term values. As for Dad, can you believe he went viral on social media with a video that had nothing to do with Iraq or “enhanced interrogations”? More irony: He believed that the effort to hold presidents more accountable after Watergate had diluted the authority of the presidency, and spent his whole career trying to reverse that. Now my career is devoted to holding a lawless president accountable and educating people on the difference between democracy and dictatorship. What more evidence do you need that life’s paths are long and winding. Let’s see where this one leads. . .

#WeArePlay | Meet George from the UK. More stories from Croatia, USA and Kenya.

Five tips to help you avoid some common vacation scams