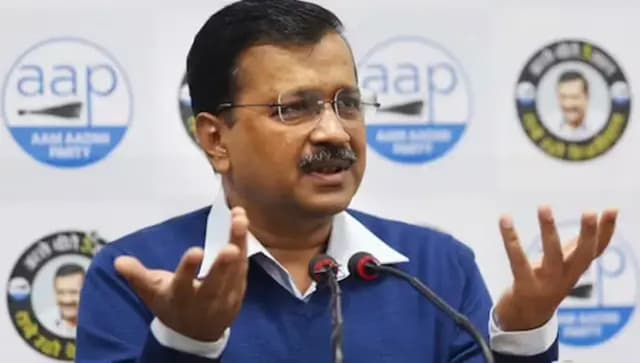 New Delhi: The Bharatiya Janata Party (BJP) on Saturday alleged that the Aam Aadmi Party government had introduced the “Lalu model” in a new form in the national capital and made massive amounts of money by enlisting fake names as beneficiaries under the construction workers’ welfare board.

“The Aam Aadmi Party government is involved in liquor, education, DTC bus scams, and has even deprived labourers of their rights. Arvind Kejriwal has presented a new model of corruption; Lalu Prasad Yadav’s ‘loot’ model is being followed by Kejriwal in Delhi,” Union Minister Anurag Thakur said at a news briefing.

It is “Delhi’s very own Lalu model,” alleged Thakur, a day before the national capital votes to elect the new Municipal Corporation of Delhi.

The Aam Aadmi Party has not yet reacted to the latest allegation by the BJP on the eve of the civic polls.

Rashtriya Janta Dal chief Lalu Prasad Yadav was convicted in the fodder scam of Bihar and was in jail in connection with those cases for a long time. “There (Bihar), cattle feed was gobbled up, here (Delhi) labourers’ rights were denied,” Thakur claimed and alleged that Kejriwal and “his friends” had removed crores citing the welfare of construction workers in Delhi.

According to reports, the Anti-Corruption Branch (ACB) of the Delhi government has found that “ghost” workers were disbursed funds to the tune of Rs 900 crore by the AAP government’s Labour department. In 2018, the ACB had registered a case after they found bogus registration of employees under the Delhi Building and Other Construction Workers Welfare Board.

“Kejriwal has presented Lalu’s model in a new form. It has been found that there were fake names, addresses and mobile numbers of persons registered as construction workers. Even ‘kachori’ sellers and taxi drivers were enlisted as employers,” Thakur said, showing a bundle of papers.

The minister also pointed out that there were names of people in the lists from UP and Haryana. “Who is responsible for bungling the funds of construction workers in Delhi,” the minister said, reading out names and their addresses.

“There were liquor scams, classroom construction scams, bus scams and now this one. I wonder how Arvind Kejriwal is able to sleep at night,” Thakur questioned.

Over 17 lakh people have been registered with the Delhi Building and Other Construction Workers Welfare Board (DBOCWWB) as construction workers.

BE AWARE OF TOURIST VISA SCAMS IN AUSTRALIA IN 2023! | Australia Immigration 2023

Scammer Tells Me To Stop Uploading Their Videos To YouTube

SCAM? DIGICARS AND THE THE ARK

This lady shares her love scam story with me, you won't...